There are many scholarly disputes about when Jesus of Nazareth was really born. Was it March 25th or December 25th? Or was it a complete different date? There are disputes also about the correct year. Historians have traced the origin of December 25th to the year 354 after Christ. It was then when a publication of a calendar included a list of martyrs. In its text the calendar stated that Christ, the first martyr listed, was born seven days before January 1. Many of us who are aware of these discrepancies care little about them. We focus more on the meaning and impact of Christ and his birth and celebrate it with appropriate joy.

For those who claim that our western civilization owes its success to the Christian contributions a question should always come to mind: how does the vision of the human person that comes out of the Christmas traditions and celebrations influence our views about freedom?
The question for those who focus and work to promote the free economy is more focused. A free economy is nothing more, and nothing less, than the free movement of goods, people, and money (including financial instruments) across a region. The trip of Mary and Joseph and Mary to Bethlehem likely involved all three: people, money and goods. In a mostly free economy, one can move to another region, state or province, with little restrictions, even with “sensitive” goods such as a donkey. But have you ever tried to cross a national boundary with a horse or donkey? Not easy. In a way, the birth of Jesus of Nazareth was made possible by parents who exercised their rights of free movement and also trying to obey the law.


Father Robert Sirico (in the middle), President of the Acton Institute, led the celebration of a Mass in the Church where Frederic Bastiat is buried. Pictured to his right William Conquer, who delivered the homily. Nov 28, 2017
These political and economic considerations have much less relevance for the impact of Christmas than its essential message: the liberating sign of God, the Creator, becoming one of us. By “us” I mean one like you and me, who is reading, writing about Christmas, or just enjoying the season. 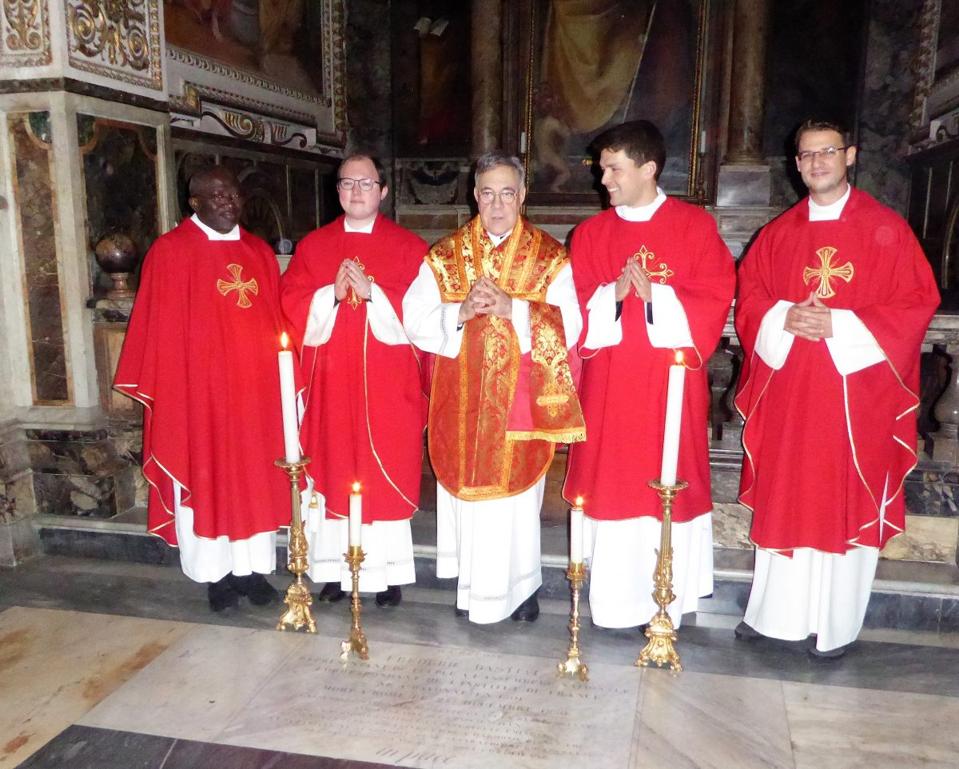 The first thing that comes to my mind in Christmas, apart from an immense awe, is that of hierarchy and equality. Hierarchy regarding God and his creatures. Equality in the dignity of His higher creatures, created in His image. Christ birth is for me, a powerful example of equality before the law.
As my field of study is more economics than religion, I asked a select group of Roman Catholic priests, who also help society as intellectual entrepreneurs and value the free economy, to share their views.
Father Robert Sirico, the President and co-founder of the Acton Institute, a think tank based in Grand Rapids that works across the globe tells me: “Christmas is fundamentally about God’s embrace of the material world in the coming of his son as man through the agency of the Virgin Mary.” The human person, the drama of life and birth appear in each scene of the Christmas story. How can those who have been close to a loved one, wife daughter, giving birth not sympathize with young Mary about to deliver the Son of God, Sirico adds: “this, and the more ancient belief that the material world itself was formed by God at the dawn of creation, work together to form the foundation of the economic inquiry itself.” He sees the gift of Christmas as opening a path to abundance in heaven and in earth: “think of it: in a free economy, scarcity gives way to abundance; so too, in the Incarnation of God’s son, the corporal points toward transcendence.”

The transcendent aspect of the message of Christmas was also mentioned by Fr. Ricardo Rovira, a Uruguayan born priest who has been based for three decades in Spain. He is a fellow with Instituto Empresa y Humanismo, at the University of Navarra. As time is not a factor for God, past and future are always in the present. In a way, all that happens takes place today for God. Remembering what happened approximately 2017 years ago, has a different meaning depending on the human or spiritual outlook. From the point of view of spiritual reality, Christmas, is always in the present.

Father Rovira adds that although we do not know the exact day of Christ’s birth, that factor is not so relevant for our current celebrations. That is not the only thing we commemorate. As each human being is another Christ, or has Christ living in him, we try to relive Christ story, “terrestrial liturgy” he adds, is based on “celestial liturgy.”

Dominican Father Maciej Zięba OP, founder and President of the Tertio Millenium Institute in Poland, sees God becoming a human, even in the flesh, as the door that opened the possibility of unity among all people and the necessary conditions for mutual advantageous trade. In his words “universal Logos [word of God] become the human flesh to instruct us that that the division into "we" and "strangers" no longer exists. There is no more division between “we” and goys [non-jews], giaours [non-Muslim], gaijins [aliens], barbarians because “He has made the two groups one and has destroyed the barrier, the dividing wall of hostility” (Eph 2:14).

All this is relevant for Father Zieba, as it teaches that “everyone is your neighbor - only this kind of teaching made it possible to think about mutual trust, cooperation, co-responsibility and creating win-win situations, and thus to a personalist and realist approach to economics.”

Some other priests who have been working, and praying, for a true free economy, see the entire episode of the birth of Jesus Christ as reinforcing there weariness about state interventions and their confidence on freedom and responsibility. One of them is Father Andrej Naglic who I first met over a decade ago. He was then a very young layman working for the Karantanija Institute in Slovenia. Today, in addition to his parish duties in Kranj, he is also the director of the Catholic Institute affiliated with the Catholic University of Ljubljana. Christmas reminds him that the “incarnated God has come to invite each of us to learn from Him the importance of responsible personal freedom. That is why the humanistic vision of the state demands from governments not to intervene excessively in the sacredness of personal choice. Especially not with unnecessary regulations in economic matters.”

Late last month, during the feast of St. Andrew (Nov. 28) I had the privilege of being with Father Will Conquer when he con-celebrated a Mass with Father Robert Sirico and others at the Church Chapel of Saint Louis, Chiesa di San Luigi dei Francesi in Rome. One of the greatest Catholic champions of the free-market, Frédéric Bastiat, died on Christmas Eve in 1850, and is buried in that beautiful church. As I wrote in a previous column, Bastiat was inspired by Christianity and remarked “what could interest a kind heart more vividly than that the life of Jesus, that evangelic morality, and that mediation of Mary! How moving they are.” So in his homily, Conquer started with a question posed by Bastiat which shows his confidence on God and his concern that people are relying too much on government: “Which is the article of the Code that determines the vocation of a priest? To which written law, to what governmental intervention should we report the foundation of Christianity, the zeal of the apostles, the courage of the martyrs, the benevolence of Fenelon or Francis de Paule, the self-denial of so many men, of our days, who have exposed their lives a thousand times for the triumph of the popular cause?” (Will Conquer’s translation of Frédéric Bastiat, Journal des Économistes, June 15, 1848)

In 2014, after spending many years teaching in Rome, Father Martin Rhonheimer founded the Austrian Institute of Economics and Social Philosophy in Vienna. The title of his latest book is “Blessed be Capitalism” (Bendito sea el Capitalismo) is a strong statement. So far the book has been released only in Spanish by the think tank Centro Diego de Covarrubias (Madrid, Spain). I also asked him for some reflections on Christmas and the free economy. For Rhonheimer the religion that is born with the event that we celebrate in Christmas has at its core “the idea of work being the original calling of man and consequently the dignity of work is at the root of Biblical anthropology.” Father Rhonheimer defends the free economy with moral, psychological, and even epistemological arguments. Man’s knowledge is limited and, following the writings of F.A. Hayek, he sees a free economy as helping discover new ways of creating wealth. A free economy also favors “the development of virtues and attitudes like prudence and prevision, industriousness, self-restraint, habits of cooperation but also of competitive self-improvement.”

His main conclusion is “that there exists an intrinsic kinship or affinity between the nature of the market economy and the Judeo-Christian anthropology of man created in the image of God. This vision of man, I am convinced, tells us the truth about man, about his nature, his origin and destiny. This is why I believe that the expediency and the beneficial nature of the market economy properly defined is precisely the consequence of its intrinsic concordance with this basic anthropological truth. The market economy is the way of social cooperation adequate to human nature, and exactly for this reason it has evolved – in Ludwig Von Mises’ words – as “the strategy ... by the application of which man has triumphantly progressed from savagery to civilization.”

Most of the topics discussed above deal with mysteries and cause and effect conclusions that go beyond economic analysis. Most mysteries will remain such. Some think tanks, however, are trying to tackle some of these difficult issues with multidisciplinary analysis. One is the Lithuanian Free Market Institute, which engaged moralists, economists, and other social scientists to study all the aspects of scarcity. A relevant participant was Father Kestutis Kevalas, trustee of the think tank and now Bishop of Telsiai (a diocese with one quarter of the Lithuanian population). Bishop Kevalas has an acute understanding of both the Christian and free-market contributions. He presented a paper on The Phenomenon of Scarcity, Being, Man and Society. The result of the effort was published recently as Government Against Scarcity: How it Changes Who We Are. A Handbook on Public Policy.

Many questions remain about human nature, scarcity and government, as they will remain about Christmas. But the birth of Jesus will continue to be celebrated by people of diverse ideologies in different corners of the globe. As the reader can appreciate, those of us who admire the process and power of markets, are in good company with the Catholic priests mentioned in this piece, and can enjoy, with them, a Merry Christmas! 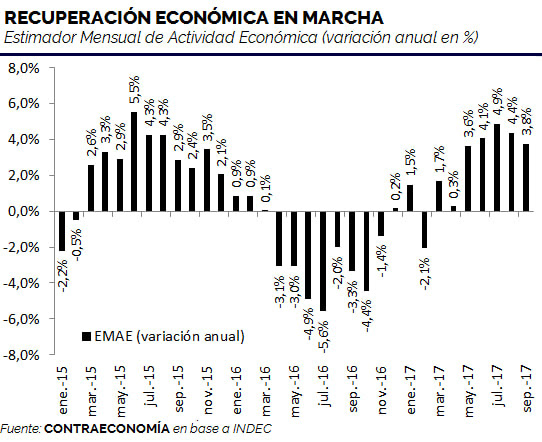 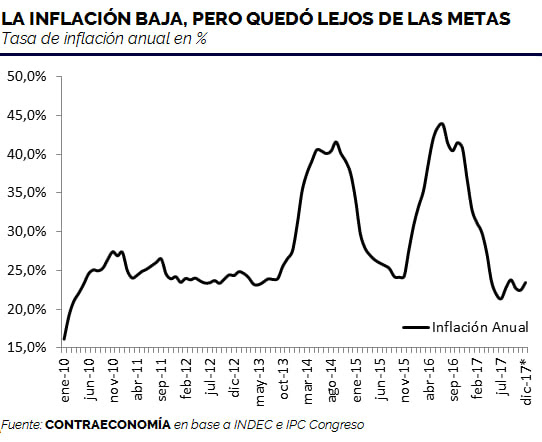 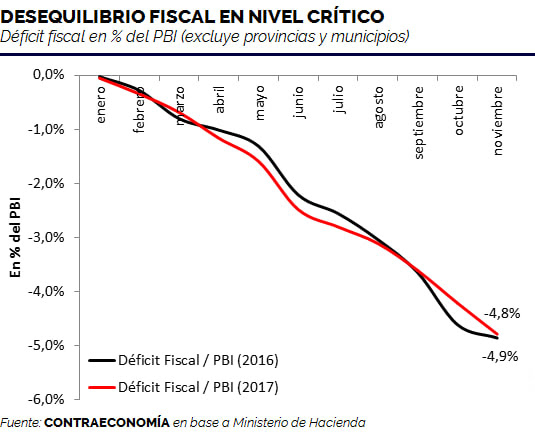 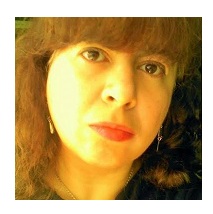