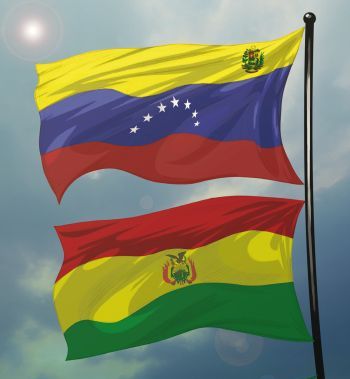 VENEZUELA:
Venezuela remains beset by profound economic and political crises. According to figures released by congress, which the opposition controls, the economy shrank a staggering 13.2% in 2017, marking the fourth year of a crippling recession. Citing ongoing fiscal struggles, Moody’s downgraded the government’s credit rating to C from Caa3 on 9 March. As the country descends deeper into crisis, it is gearing up for presidential elections now scheduled for 20 May, after they were initially moved
forward to 22 April from December, when they are usually held. Many political parties opted to not participate in what they see as fraudulent elections that lack legitimacy. Moreover, the U.S. and the EU are contemplating additional sanctions against the country, while a group of
Latin American nations, known as the “Lima group”, rejected the election and its outcome. In the first week of March, former governor Henri Falcón broke with the opposition coalition to launch his presidential candidacy. Although polls suggest that he could be a serious challenger, it is unlikely
that he will beat Maduro.
• Venezuela is expected to remain in a deep recession in the short to medium term on the back of hyperinflation, shortages of goods and large fiscal imbalances. While a rebound in the oil sector could alleviate some of the battered country’s issues, oil prices are expected to remain below
the USD 100 mark, making it unlikely oil profits will significantly improve the country’s fortunes. FocusEconomics panelists see the economy contracting 7.7% in 2018, which is down 1.0 percentage point from last month’s forecast. In 2019, GDP is seen falling 1.5%.
• Panelists estimate that inflation came in at 2,193% in 2017. They forecast that inflation will end 2018 at 83,298% and 2019 at 2,440%. MONETARY SECTOR | New Dicom rate fails to close the gap with the parallel dollar
Venezuela’s new exchange rate system, introduced in late January, helped stem the slide of the bolivar in the parallel market, but already seems doomed to fail due to the persistent lack of dollars in the Venezuelan economy. In the parallel market, the bolivar strengthened notably in the weeks following the introduction of the new exchange rate system. On 7 March, the bolivar
traded at 205,900 VEF per USD, which represented a 11.6% gain in value compared to the same day in February. However, compared to a year ago, the parallel market bolivar was still down almost 5,000%. The parallel bolivar has plummeted continuously since mid-2017 due to a self-reinforcing “inflationdepreciation” cycle, whereby hyperinflation increases the demand for dollars.
Increased demand for dollars leads to a depreciation of the exchange rate, which in turn inflates the price of imports in local currency and spurs inflation even more. At the fourth Central Bank auction, held under the new single-tier Dicom exchange rate system on 5 March, the bolivar traded at 40,045 VEF per USD, which was down 36.2% from the 29,375 VEF per USD in the previous auction
held on 23 February. The Bank offered less than USD 500,000, sharply down from the USD 1.3 million in the previous round. The low amount highlights the persistent shortage of dollars and casts doubts on the sustainability of the new system. However, a fifth auction was held on 9 March at which the bolivar traded at 36,654 VEF per USD, which was up 9.25% from the fourth auction.
LatinFocus Consensus Forecast panelists foresee severe pressure on the parallel dollar and expect the bolivar to depreciate further. Panelists project a non-official exchange rate of 9,447,187 VEF per USD by the end of 2018. In 2019, the panel sees the non-official exchange rate trading at 6,492,252 VEF per USD.
To circumvent economic sanctions imposed on the country by the United States, the Venezuelan government proceeded with plans to launch its own cryptocurrency. On 20 February, it opened the pre-sale of the so-called petro. In contrast to other cryptocurrencies, the petro will be issued by the Central Bank and pegged to the price of Venezuelan oil. Buyers can only purchase
the petro with other currencies than the bolivar, such as the euro or USD. Analysts are skeptical of the cryptocurrency, as there is no trust in the issuing authorities. Moreover, the country’s National Assembly, which opposes President Maduro, declared on 6 March the cryptocurrency illegal under
domestic law. The assembly deemed the cryptocurrency to be fraudulent and a threat to potentialinvestors.
FocusEconomics panelists expect the bolivar traded at the official rate to end 2018 at 160,878 VEF per USD. The panel sees the exchange rate ending 2019 at 6,031,455 VEF per USD.
The panel expects the economy to contract 7.7% in 2018, which is down 1 percentage points from last month’s forecast, and shrink 1.5% in 2019. EXTERNAL SECTOR | Oil prices fall in February
The average price of Venezuela’s mix of crude oil fell in February to USD 58.0 per barrel (pb), down from the prior month’s multi-year high of USD 61.4 pb.
This represented a 5.5% month-on-month drop in oil prices. The decline in oil prices in February mostly reflected heightened volatility in U.S. stock markets, which negatively reverberated through global oil markets, and soaring output by U.S. shale oil producers.
Nevertheless, renewed demand and production cuts by key producers have helped oil prices recover strongly since June 2017, and February’s price was still up 25.2% in annual terms. Compliance with OPEC production curbs have chiefly come on the back of lower production in Venezuela, but increased oil prices have not yet been able to stop the country’s descent into economic
chaos.
Last year, oil production nosedived because of insufficient investment, mismanagement of oil fields and the rationing of electricity. Recently released data from the Organization of the Petroleum Exporting Countries (OPEC) showed that output in Venezuela fell to 1.60 million barrels per day (mbpd) in January, down from December’s revised 1.65 mbpd (previously reported: 1.75 mbpd). Panelists participating in this month’s LatinFocus Consensus Forecast expect the price for Venezuela’s mix of oils to average USD 50.7 per barrel in 2018 and USD 49.4 per barrel in 2019.

ANÁLISIS ECONÓMICO DE BOLIVIA
While data for the final quarter of 2017 is still outstanding, the nonextractive sectors are expected to have buttressed growth in the year. Going forward, the extractive sector should benefit from a preliminary
USD 2.5 billion gas investment deal with Kampac Oil and Milner Capital signed on 26 February. President Evo Morales, who has held the presidency since 2006, kicked off his reelection bid for next year’s election with large rallies on 21 February. The Bolivian Workers’ Union
(COB), one of the largest and most prominent trade unions in the country, backed Morales, which should give his candidacy a boost.
• GDP growth should slow slightly this year from 2017 but remain robust, driven by domestic demand. However, risks to the external sector remain. Argentina is seeking to alter the terms of a major gas import contract with Bolivia, which could dent exports. Moreover, an international court
case against Chile over sea access could affect Bolivia’s external sector over the short to medium term. FocusEconomics panelists see GDP expanding 3.9% in 2018, up 0.1 percentage points from last month’sforecast, and 3.9% again in 2019.
• Inflation was 2.9% in February, matching January’s result. Panelists
expect inflation of 3.5% in 2018 and 3.6% in 2019.
Por Focus Economics - https://www.focus-economics.com/ - Desde Barcelona España
Publicado por María Celsa Rodríguez Mercado en 2:13