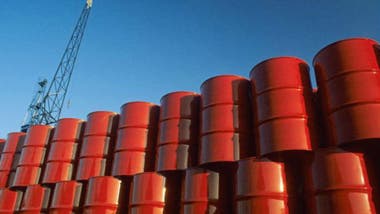 Brent Crude Oil prices charged ahead in early April, building on ground gained in the second half of March to pierce the USD 70 per barrel barrier. The increase came on the back
of a weaker dollar, ebbing trade war fears and geopolitical tensions in the Middle East. On 13 April, prices traded at USD 73.1 per barrel, which was up 13.9% from the same day in March . The benchmark price for global crude oil markets was 9.6% higher on a year-to-date basis and was up 32.4% from the same day last year.
The spike in prices in early April appeared to be largely driven by receding fears of a full-blown trade war between the U.S. and China, after President Xi Jinping pledged on 10 April to
open the Chinese economy and lower some import tariff s. Markets were reassured by Xi’s conciliatory tone in response to recent U.S. pressure. Prices have also been supported in
recent weeks by OPEC’s continuing success in cutting output thanks to strong compliance among members.
Our panelists see prices dipping from their current level going forward after such a sharp rise in recent weeks. This is partly due to elevated U.S. shale production, which reached
another weekly record in early April. However, prices will still average comfortably above 2017 levels thanks to strong global demand. Heightened uncertainties remain: The threat
of a trade war between the U.S. and China continues to linger,the future of the Iranian nuclear deal is in doubt, and further geopolitical volatility in the Middle East is likely. Against this backdrop, FocusEconomics panelists see prices averaging USD 64.5 per barrel in Q4 2018. For Q4 2019, they expect prices to average USD 63.8 per barrel.
In response to recent mixed messages about what to expect in the evolution of oil prices, 13 panelists decided to upwardly adjust their Q4 2018 forecasts compared last month. 22 forecasters kept their projections unchanged, while 4 cut their forecasts.
While oil prices will remain high this year, our analysts foresee some volatility going forward. The panelist forecast range for Q4 2018 runs from a minimum of USD 55.0 per barrel to a maximum of USD 81.7 per barrel.

WTI Crude Oil prices have risen over the last month to reach a multi-year high in early April, in tandem with higher Brent prices. This came on the back of a weaker dollar, the possibility
of oil supply disruptions in the Middle East and hopes that an all-out trade war between the U.S. and China can be averted. On 13 April, WTI Crude Oil prices traded at USD 67.3 per barrel. The print was up 11.0% from the same day last month and was 11.4% higher on a year-to-date basis. The price was up 26.6% from the same day last year.
Oil prices have recovered from some price weakness in February induced by volatility in the U.S. equity market, with strong U.S. economic growth likely playing a role. In addition, the possibility of a full-blown trade war between the U.S. and China—which had appeared increasingly likely after
several tit-for-tat announcements regarding tariff s—receded in early April after China promised to open its economy tomore foreign imports, a move hailed by U.S. President Trump.
Separately, U.S. oil production reached a record high in theweek ending 6 April thanks to the growing shale industry, with inventories rising as a result, while the rig count has risen notably over the last few months. Although these two factors were overshadowed by major news stories over the last month, they remain key indicators to watch going forward.
Looking ahead, analysts see prices for WTI Crude Oil declining slightly from their current elevated level, as the U.S. shale boom continues to boost supply. For Q4 2018, analysts
expect prices to average USD 60.7 per barrel. They see prices increasing to USD 61.0 per barrel in Q4 2019. 9 panelists upgraded their projections for Q4 2018 from last month, whereas 3 cut their forecasts and 18 forecasters left their projections unchanged.
Greater global uncertainty is translating into diverging forecasts among our analysts. For Q4 2018, the maximum price forecast is USD 76.0 per barrel, while the minimum is USD 48.0 per barrel.
FUENTE: Por Focus Economics - https://www.focus-economics.com/ - Desde Barcelona -España
Publicado por María Celsa Rodríguez Mercado en 7:59