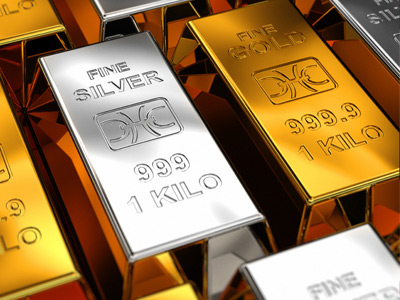 Gold prices rallied through most of October before retreating by the beginning of November. On 2 November, gold closed the trading day at USD 1,231 per troy ounce, which was up 2.0% from the same day in the previous month. However, the price was 5.5% lower on a year-to-date basis after having fallen steadily from April to August and was down 3.5% from the same day in 2017. The price gains realized throughout October came largely on the back of increased market volatility, with every major U.S. stock market index posting month-on-month declines, which boosted demand for gold as a safe-haven asset. Some of the market demand for gold in recent weeks has also likely been fueled by investors wanting to hedge their positions ahead of the U.S. midterm elections, while the upcoming festival season in India should have further supported demand for the precious metal. However, a string of positive U.S. economic data—such as the Q3 GDP release and October’s strong payroll gains—coupled with the strengthening of the dollar and a rebound in equity markets partially reversed the gold price rally by the end of the month. FocusEconomics analysts see gold prices remaining largely stable until year-end, averaging USD 1,233 per troy ounce in the fourth quarter of 2018. Looking ahead, safe-haven demand should be buttressed by the geopolitical uncertainty surrounding the U.S.-China trade war, while a slowdown in the U.S. economy could help weaken the dollar, thus supporting gold prices. Our panel sees gold prices rising throughout 2019 and averaging USD 1,285 per troy ounce in Q4. In light of October’s movements, a large chunk of our analysts held their forecasts stable this month, with 20 panelists keeping their projections unchanged. However, 4 panelists cut their forecasts reflecting losses earlier in the year. Meanwhile, 3 raised their price projections. Almost all of our panelists see gold prices averaging higher in Q4 than the current level, although some divergence exists. The minimum forecast sees gold averaging USD 1,180 per troy ounce in Q4. On the flipside, the maximum forecast is for gold to average USD 1,306 per troy ounce.


Silver prices were relatively stable in early November. On 2 November, silver closed the trading day at USD 14.8 per troy ounce, which was 0.3% higher than on the same day in October. The price, however, was down 12.9% on a year-todate basis and was 13.5% lower than on the same day last year. Prices edged up at the start of November on the back of weakness in the dollar ahead of U.S. midterm elections. Prices had fallen in previous weeks, however, due to recoveries in equity markets, curbing investors’ appetite for safe-haven metals, which are non-interest bearing. Industrial demand for silver was likely hit by slower economic growth in China, as recent data has shown the trade dispute between the two economic powers is starting to bite. Signs of tighter supply following a downgrade to its 2018 full-year production forecasts by Fresnillo—the world’s largest silver producer— should have buttressed prices, however. Prices should rise in the quarters ahead, buoyed primarily by stronger industrial demand and constrained supply caused by underinvestment and reduced global silver scrap. Downside risks include a further strengthening of the dollar, higher interest rates, and a Chinese economic slowdown. FocusEconomics Consensus Forecast panelists expect prices to average USD 15.2 per troy ounce in Q4 2018. The panel sees silver prices rising further in 2019, to an average of USD 16.4 per troy ounce in Q4. The majority of our panelists held their forecasts for Q4 2018 steady from last month, with 10 panelists making no changes to their projections. Meanwhile, 1 lifted their projections and 7 revised down their forecasts. There was, however, divergence in panelists’ views: The maximum price forecast for Q4 2018 was USD 16.5 per troy ounce, while the minimum projected price was USD 14.3 per troy ounce.
Por Focus Economics  https://www.focus-economics.com/ desde Barcelona
Publicado por María Celsa Rodríguez Mercado en 22:30