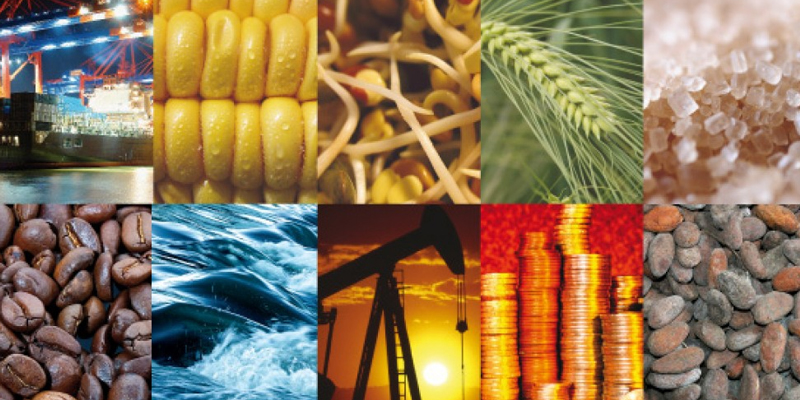 OVERVIEW | An uncertain global economic outlook continues to weigh on commodity prices Global commodity prices recorded a fourth consecutive monthly decline in September due to slowing growth in China and widespread uncertainties over the evolution of the global economy. Global commodity prices declined 1.3% over the previous month in September, moderating from August’s 2.5% decrease. September’s decline in global commodity prices reflected a sizeable drop in prices for agricultural products due to strong harvest pressures and spillovers from the trade war between the United States—a major supplier of agricultural products—and China—a key global buyer of food. Base metal prices continued to retreat in September on the back of softer growth prospects for China, the largest purchaser of base metals worldwide. On the flip side, energy prices climbed in September, mainly reflecting the ongoing rally in oil prices due to supply concerns. While the price for precious metals was largely unchanged, a more detailed analysis reveals that this was mostly due to soaring palladium prices. Although global commodity prices will rise overall this year, the pace of increase is gradually slowing, which reflects an increasingly uncertain global economic outlook. Moreover, the increase expected by the end of this year will be mostly driven by higher prices for oil and its derivatives as well as for nickel, U.S. steel and some agricultural products. FocusEconomics panelists surveyed this month expect global commodity prices to increase 0.6% in Q4 2018 from the same period in 2017 (previous edition: +3.7% year-on-year). Next year, global commodity prices will expand at a faster rate due to a recovery in prices for base and precious metals. Conversely, the rally in energy prices is expected to end next year and prices are predicted to moderate. The Consensus among FocusEconomics panelists is that commodity prices will rise 3.0% in annual terms from Q4 2018 to Q4 2019. ENERGY | Oil supply concerns propel energy prices in September Energy prices increased briskly in September following the erratic trajectory observed over the previous three months, largely due to the rally in oil prices. Energy prices rose 5.5% month-on-month in September, contrasting August’s 1.0% decrease. Reduced oil supply in Iran in the wake of the new round of U.S. economic sanctions, which will come into force on 4 November and will further afflict the country’s oil sector, is tightening global oil supply. Global oil output is also negatively affected by the  perennial production decline in Venezuela as well as in Angola and Nigeria, while there is growing skepticism that Russia and Saudi Arabia will be able to completely offset the expected drawdown of Iranian oil from the global markets. Higher crude oil prices are also pushing up prices for its derivatives, including gasoil and gasoline. Moreover, uranium prices are benefiting from reduced supply and an expected increase in demand. The boom in oil prices observed this year will prompt energy prices to rise a sharp 24.5% year-on-year in Q4 2018 (previous edition: +22.1% yoy). However, energy prices are expected to fall 4.3% in Q4 2019 as the ending of the OPEC-led oil cap deal and increasing supply in the United States will boost oil production, while less robust global growth will reduce demand for the black gold. In addition, the broader preference for cleaner energy will reduce demand for coal. BASE METALS | Trade tensions and cooling growth in China take their toll on base metal prices Base metal prices declined for the third month in a row in September, mostly reflecting concerns about global economic growth, especially in China, which consumes around half of all base metals. Prices for base metals dropped 1.7% over the previous month in September, although this was a milder contraction than August’s 3.0% month-on-month drop. Nickel prices marked the sharpest decline in September, plunging to the lowest price so far this year on 11 September, due to escalating trade tensions between China and the United States, concerns over China’s growth and weak steel prices. Other commodities such as lead, tin and zinc also felt the brunt of slowing Chinese growth. U.S. steel price momentum faltered in September after prices had soared to multi-year highs in recent months following the introduction of U.S. steel tariffs earlier in the year. Conversely, alumina prices continued to climb in September as supplies increasingly tighten due to the partial closure of Norsk Hydro’s Alunorte refinery in Brazil, the world’s biggest alumina plant. Rising trade protectionism and slower growth in China will weigh on base metals’ performance this year. However, the situation should gradually improve in 2019. Our panel of analysts see base metal prices falling 2.7% year-on-year in Q4 2018 (previous edition: +0.8% yoy) before rebounding to a 3.5% year-on-year gain in Q4 2019. PRECIOUS METALS | Solid fundamentals for palladium support base metal prices in September Prices for precious metals increased for the first time in five months in September. Far from being broad-based, the increase was entirely due to a sharp rise in palladium prices, driving some analysts to speculate whether the commodity was entering a bubble. Precious metal prices increased a mild 0.3% on a monthon-month basis, contrasting August’s 2.9% decline.


Palladium prices rallied in September on data suggesting a surge in demand for catalytic converters and strong car sales in Europe. Moreover, stagnant supply indicated that the palladium market will likely remain in deficit next year. On the flip side, higher interest rates in the United States are reducing appetite for safe-haven assets such as gold and, to a lesser extent, silver and platinum. Moreover, platinum prices are suffering from reduced demand for diesel vehicles. In response to the reduced attractiveness of safe-haven assets in the wake of the U.S. Federal Reserve tightening cycle and a more somber global economic outlook—which is hitting industrial usage of precious metals—precious metal prices are expected to fall 3.4% year-on-year in Q4 2018 (previous edition: -0.3% yoy). Next year, however, precious metal prices are likely to benefit from a more turbulent economic panorama and are seen rising 5.5% in Q4 2019. AGRICULTURAL | Ample supply and trade disputes push down agricultural prices in September Agricultural prices declined for the fourth consecutive month in September due to ample supply for key commodities and spillovers from the ongoing trade spat between China and the United States. Agricultural prices fell 5.3% month-on-month in September, sharply down from August’s 0.5% decrease. Wheat prices posted the sharpest decline in September due to expectations of bumper supply. Soybean prices also recorded a sizeable drop as China shifts away from purchasing the commodity from the U.S. to other countries such as Brazil, amid tit-for-tat trade disputes between the two countries. Prices for coffee, corn and cotton also fell in September. On the flip side, wool prices continued to rally on supply shortages and strong demand from China and Europe, while sugar prices bucked the downward trend in the previous two periods due to expectations of low crop yields in key producing countries. Agricultural prices are expected to recover in 2018 from the dismal performance recorded in previous years. Along with a low base, agricultural prices will benefit from tighter supply. FocusEconomics Consensus Forecast panelists expect agriculture prices to increase 7.3% year-on-year in Q4 2018 (previous edition: +12.2% yoy). Gains in agriculture prices, however, will moderate further down the road and FocusEconomics panelists see prices rising 3.7% year-on-year in Q4 2019. Por Ricard Torné Lead Economist
Por Focus Economics - https://www.focus-economics.com/ - Desde Barcelona España
Publicado por María Celsa Rodríguez Mercado en 1:16